100 days of Love movie review and rating: The movie is a Telugu movie based on romantic and action comedy entertainer. It is the official dubbing of the Malayalam movie and is titled the same on both Telugu as well as Malayalam Languages. The film was released one year back in Kerala naming the same title. And now the movie is said to rock on screen releasing on August 26th 2016 in Telugu language. The film stars Dulquer Salman and Nithya Menon as the lead stars and is directed by Jensue Mohammad and produced by K.V. Vijaya Kumar.

However, the movie does not have any fresh story and is very routine as it the dubbing of the Malayalam film. The critics have given 3/5 rating for the movie and this calls for a good sign. The director worked hard to fledge the romantic as well as comedy timings in the film and it is said to watch the movie releasing on August 26th 2016 in Telugu languages in the theaters nearby you. You can book your tickets as the advanced booking for the movie is started. 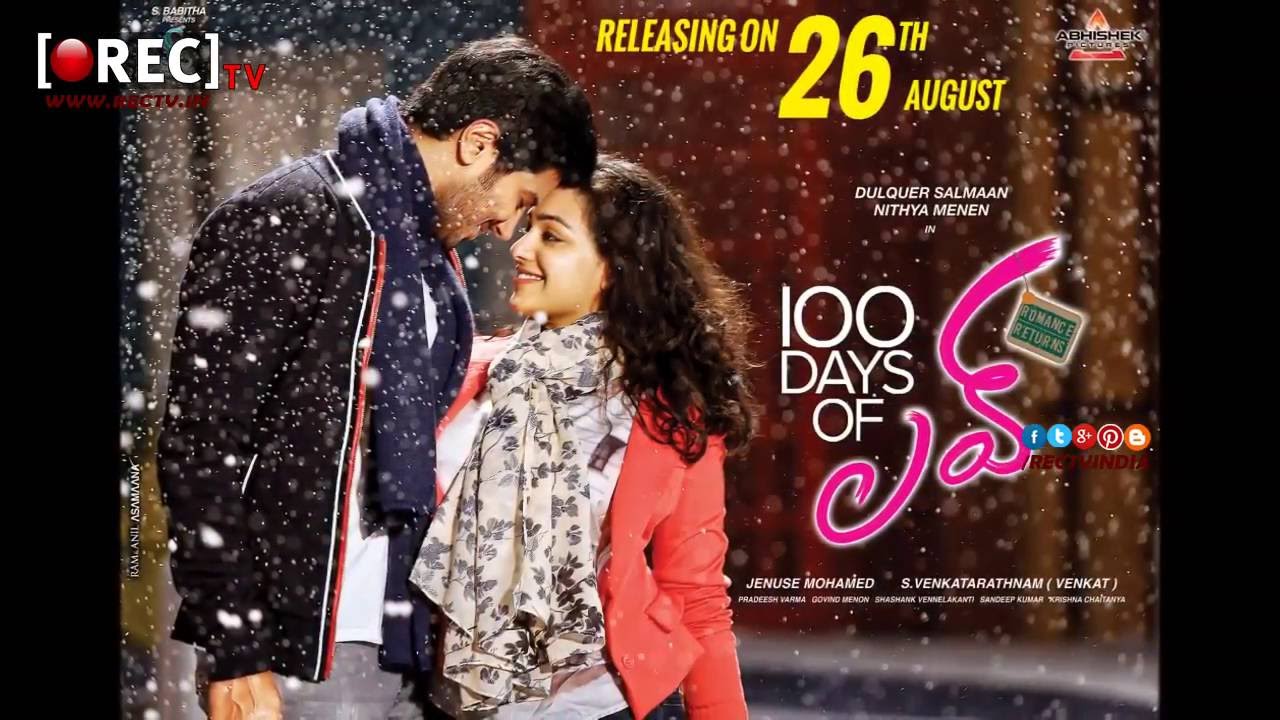 The story of the movie features BKN who meets a pretty girl in a taxi on one rainy night. He gets attracted to her smile and is very much attracted towards her. The romance is yet to begin between the both until the hero tracks her details taking the help of his friend. He finally gets her details and leaves no stones unturned to make her fall in love and tries his best to win over her at the end. The songs of the movie are also very beautiful. The fates cross their paths in the film and of course there are Villains in the movie that creates problems in their love.

The movie possess a great team spirit and the movie all together will  prove to be a good entertainment flick drawing the attention of the audiences and making good in terms of business at the box office. The positive feedback is what makes the movie worth watching.