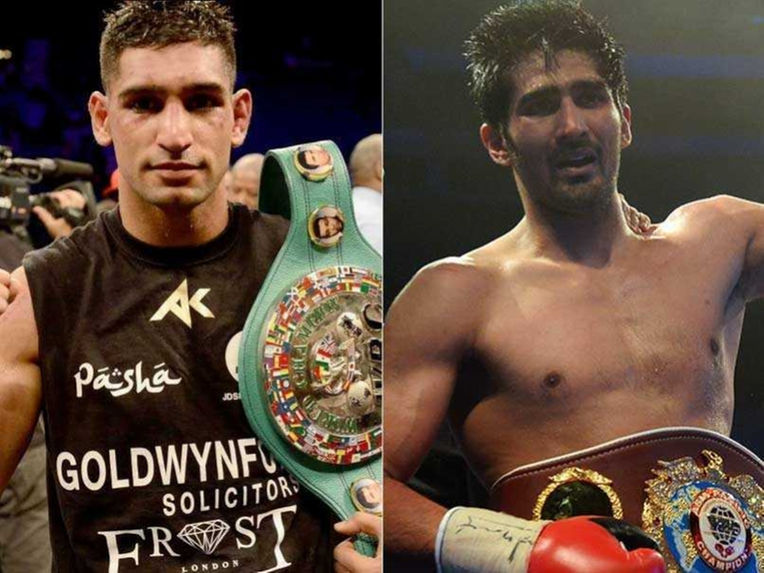 To the entire scenario, Amir Khan Replies saying,” I find Vijender’s challenge quite funny, I will ruin his career.” He also added saying,” Before calling out big names like me, he needs to build up his experience, and some fighters do get very ambitious.” He gave Vijendar a simple advice in this statement. Amir Khan has a solid history in his career as he is two-time world champion who has undergone a wrist surgery. He is ready to accept the challenge and would love to fight Vijendar. Amir Khan further says,” You have got the Indian-Pakistan connection and that will make this bout huge. It will be like India-Pakistan in Cricket.”

He further adds saying, “I was just like Vijendar when I turned pro, I worked very hard and he needs to do that too. Vijendar is Skillful but the next ten fights will be crucial for his experience.” On the other hand, on giving a friendly advice, Amir Khan says that he would love to be friend with Vijendar and he also said that he has been observing his graph closely and says,” If we fight, the bout will be a blockbuster but if it doesn’t happen, I am always going to support him and stand in his corner.” That’s a sweet gesture coming from the British_pakistani Boxer Amir Khan for the Indian Winner Boxer of the WBO Asia-Pacific, Vijendar Singh.