Anchor Lasya Engagement Photos Download: Popular Telugu TV anchor Lasya gets engaged today with her soulmate. After hosting a number of tv shows, events and film occasions, for some unknown reasons, the anchor suddenly went behind the stage. 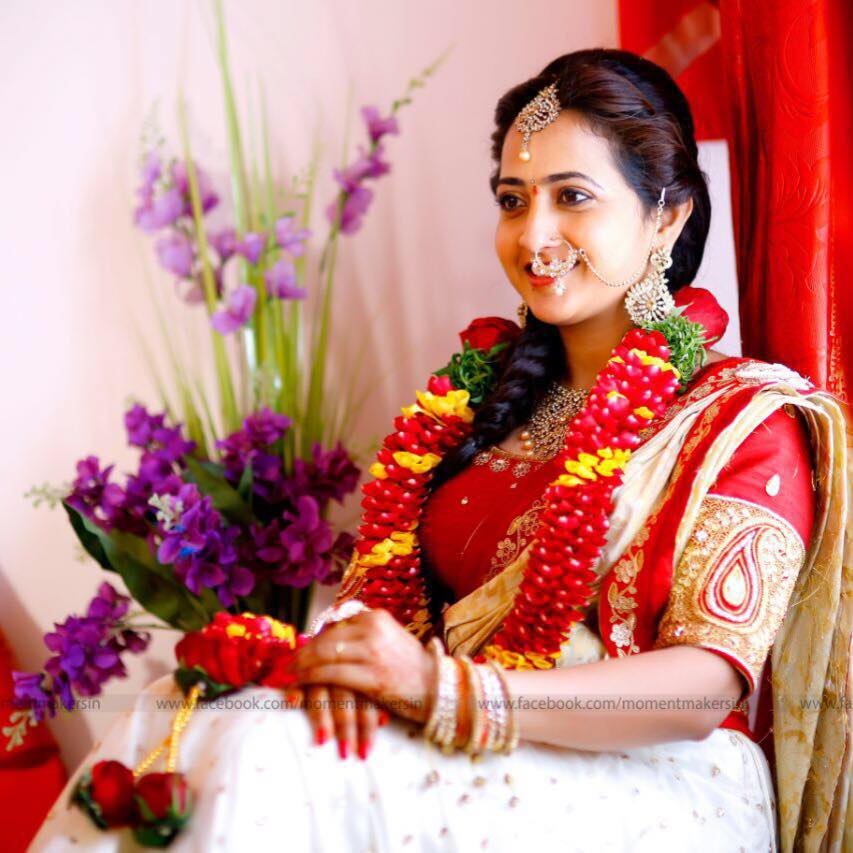 On 29th January, she got engaged to Manjunath. She posted the pics and announced this news on Facebook.

She posted an image of her from the engagement ceremony and said the good news “#Love is precious” and an “#engagement is an exciting step towards a marriage”…!! hopefully filled with #passion, #love,#happiness.

29-January-2017 #MemorableDay
My #EngagementPics
Me and My soulmate #Manjunath
He is a Marati Guy..??

Anchor Laasya Engagement Pics: One of the most popular Telugu anchor Lasya is engaged on 29th January. News came front by tweeting that she was engaged and happy to lead a new life. Check out Anchor Lasya Engagement Pics. This is a big surprise to everyone. Lasya had posted an image of her engagement ceremony and shared the good news.