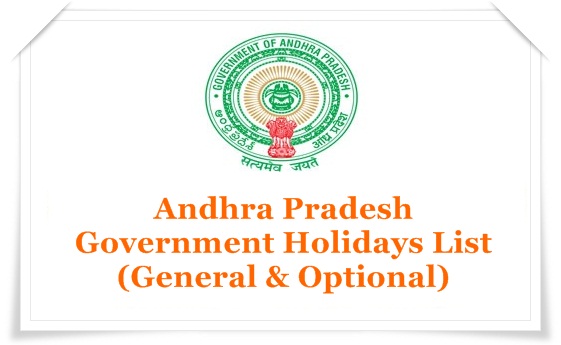 The State Government Of Andhra Pradesh has released the list of AP Public holidays. Which include the 21 general holidays and 24 optional holidays for this whole year. 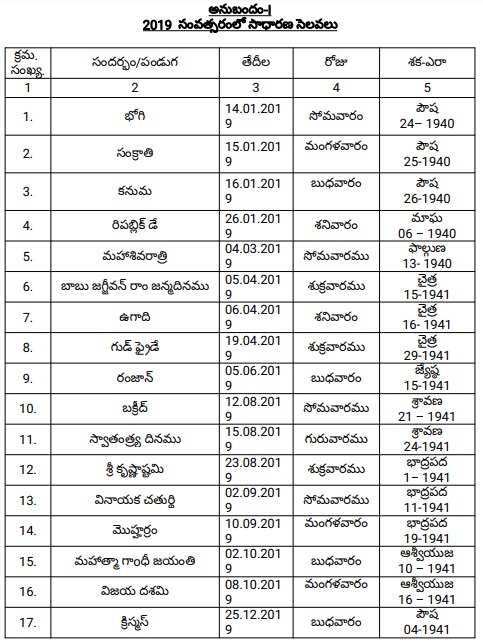 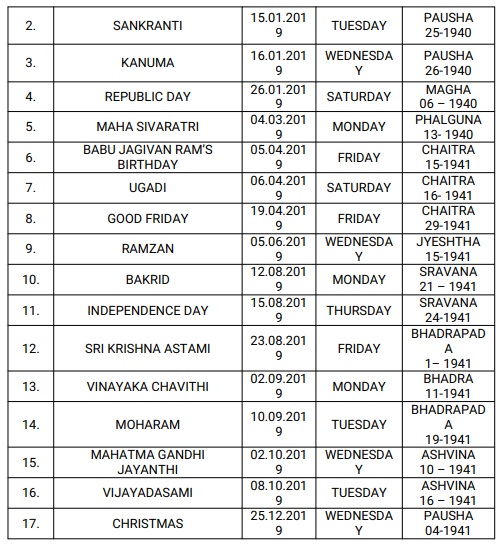 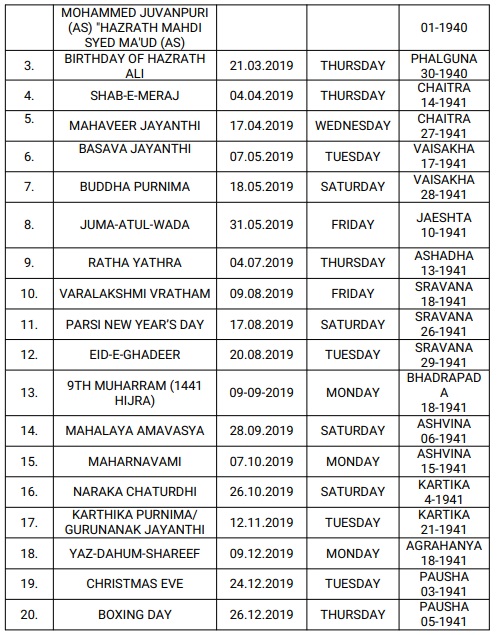