Due to the sudden demise of honorable Chief Minister Amma, all Anna University examinations scheduled between 06-12-2016 to 08-12-2016 are postponed. Dates will be intimated later. Three days holiday declared for schools and colleges in #TamilNadu on the demise of CM #Jayalalithaa 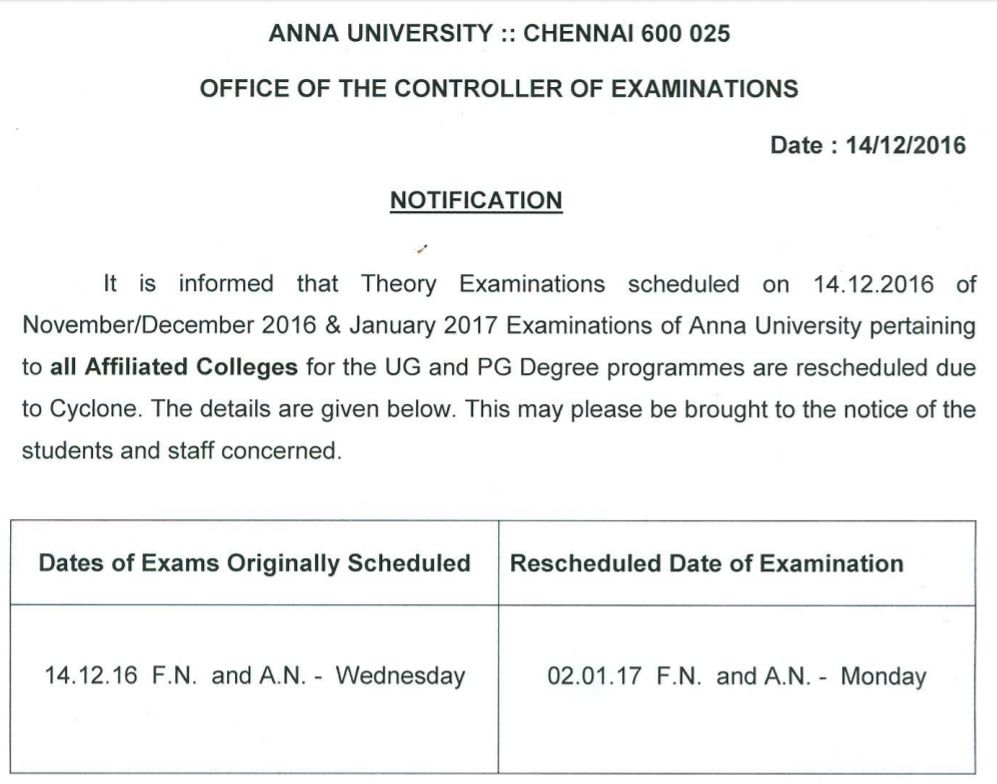 Nov – Dec 2016 Examination Scheduled are Postponed as Schools and Colleges are Declared Holiday on account of Tamilnadu CM’s Death. 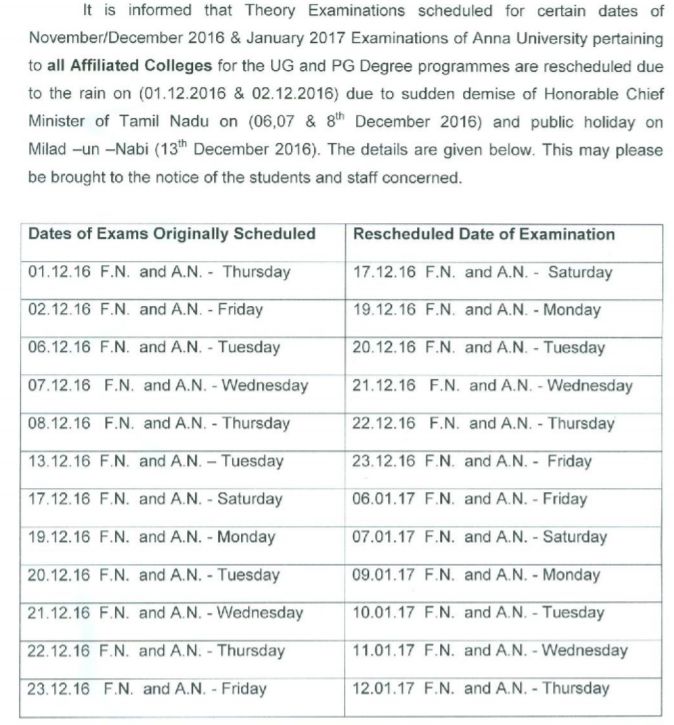 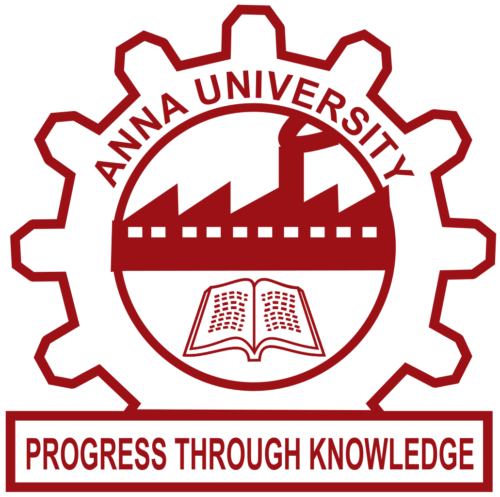 All Anna University Examinations scheduled to be conducted on 06 December are postponed due to Tamilnadu CM’s Death. And now Anna university announced the rescheduled exam date for the postponed exams.

Based on the request of students and parents the examinations scheduled on 16th Dec and 18th Dec 2015, for R2013, I Sem student of affiliated colleges are postponed. Revised dates will be announced later.

Anna University Exams Postponed on 16 & 18th December Due to Students Protest, Rescheduled date will Announce Later as per Latest.

Anna University has postponed examinations scheduled for December 16 and 18 for first semester students of its affiliated colleges. The two exams are – engineering graphics and English (Technical – 1). The postponement is applicable to (Regulation) 2013 students.

The students have been demanding to defer the examination and some have even filed a petition on change.org too. On Sunday morning, over 200 students staged protest requesting the University to reshedule the exams for January 2016. The University officials finally decided to provide two options to students from four flood-affected districts.

Students from affiliated colleges in Chennai, Cuddalore, Kancheepuram and Tiruvallur can take up their first semester exams as per the revised schedule (from December 15). Those who need more time can write it after their second semester exams.

The officials said adequate time will be given to the students to prepare after the second semester exams ended.
The initial date for the first semester exams was December 7. Following the inclement weather and the consequent floods, the university rescheduled the exams to December 15. The University plans to hold the exams through the week without a break and end on December 21.

The first semester exams for affiliated colleges in other districts would be held as per schedule.

It is informed that Theory Examinations scheduled for certain dates of November/December 2015 Examinations of Anna University pertaining to all Affiliated Colleges for the UG and PG Degree Programmes are rescheduled due to inclement weather. The details are given below. This may please be brought to the notice of the students, staff and all concerned.

Official Notification From Below Given Links or Anna Univ Official Website along.

So Many People are Struggling in Anna University and Affiliated Students to know check the Updates about official Rescheduled of Postponed Exams. So today University officially Declared the Date and Released the Notification.