The competition was quite challenging wherein Sakshi gained a vivid achievement after falling behind 0-5. On the 12th day the competition was like do or die between the women in the session of Wrestling. However, it is a big day for all the Indians to get a Medal in Wrestling for India. The victory of Sakshi has truly made every Indian raise their heads up and become proud of our Indian Wrestler in the Rio Olympics 2016. 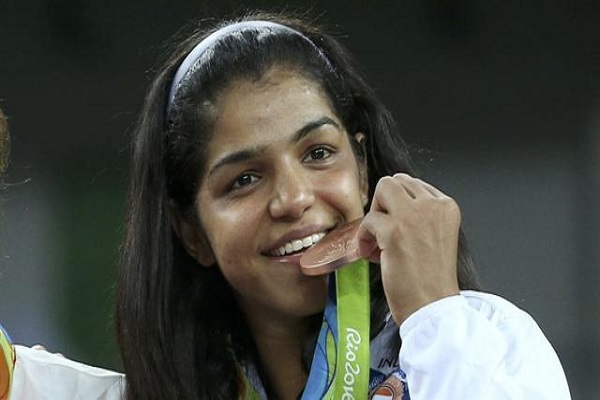 Earlier, several women athletes such as boxer Mary Kom, weight lifter Karanam Malleshwari and shuttler Saina Nehwal have won a medal in the prestigious Olympics. Now Sakshi Malik also joined the list of those woman athletes who won a medal in Olympics and made all the Indians proud. Since the commencement of Rio Olympics 2016, India has not yet acquired a single medal in any of the game category.

With the achievement of Sakshi Malik, all the Indians are quite excited and the expectations among the people have increased. In today’s wrestling session, there was a tough competition between Aisuluu Tynydekova and Sakshi Malik like a tug of war. However, Sakshi showed her aggressive wrestling skills and outdid the opponent in a brilliant way and won the Bronze medal for India.