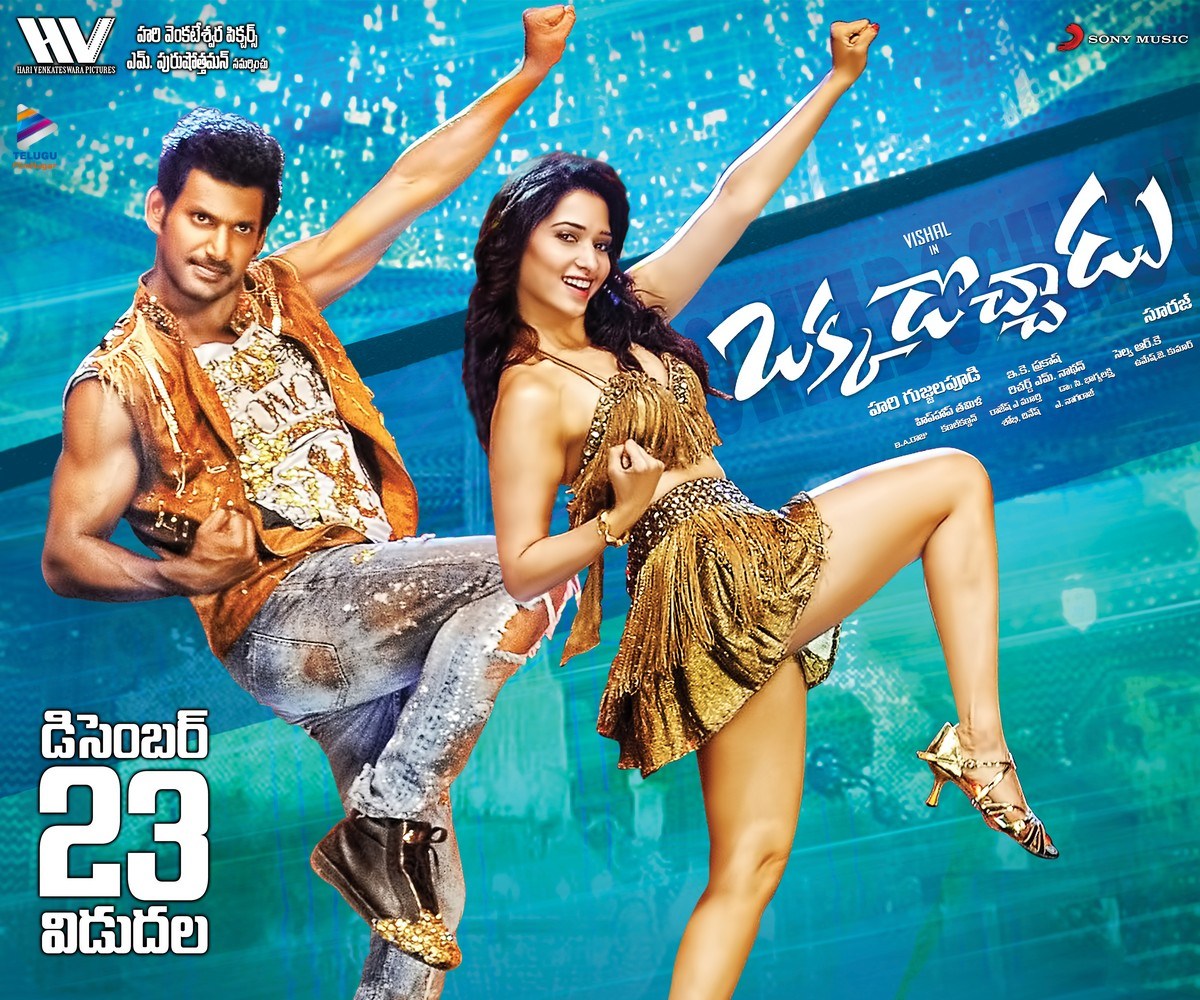 Okkadochadu is the latest action drama finally hit the theatres on Friday i.e., on 23rd December. Vishal, the mass hero from Tollywood played the main male lead in the film. The gorgeous actress Tamannaah Bhatia played the main female lead in the movie. Soori, Vadivelu, Jagapati Babu, Sampath Raj, Tarun Arora, Balaji and many others played the supporting roles in the film. Vishal, as usual has delivered rocking performance in the film in different action sequences.

The actress Tamannaah played the best lead role in the film showing good on-screen chemistry with Vishal. On the other hand, Jagapati Babu has delivered incredible performance in the role of police officer. The veteran actor Vadivelu had entertained everyone with his comic timing in the film. On the whole, everyone in the film worked hard delivering their utmost performances in the movie.

Okkadochadu is a complete action film that features Vishal, Tamannaah and Jagapati Babu in lead roles. In the film, the main story plot is it revolves around a case of arresting the people who involves in transferring huge container of money. On the other hand, Tamannaah and Vishal’s love track is quite romantic with few comic scenes of Vadivelu.

The latest Okkadochadu movie has received immense response from the public as there are several popular actors in the film.  The movie has gained massive collection on the first day release of the movie at the box office.

Okkadochadu is a complete action drama with a blend of all sorts of emotions. It is the best family entertainer and it is a must watch film for this weekend.