In addition to the above mentioned General Holidays in Annexure I (Part I), the State Government employees may avail themselves of Optional Holidays not exceeding FIVE during the year 2020 on the festival/occasions specified in Annexure-II (Part I) to this order, at their option and irrespective of the religion to which the festival pertains. Permission to avail any of these holidays shall be applied for, in writing in advance and will normally be granted by the Superior Officer competent to grant casual leave except when the presence of an individual employee is considered necessary in exigencies of Government work.

The Government also directs that General Holidays shall not ipso-facto apply to the Industrial Establishment and Public Undertakings under the control of the State Government, the workmen engaged in Public Works Departments and Educational Institutions in this State. Separate orders regarding the festivals/occasions when these Institutions observe holidays shall be issued by the concerned Administrative Department of the Secretariat.

If there is any change of date in respect of Idu’l Fitar, Idu’l Zuha, Muharram and Id-e-Milad as per the moon sight or any other holiday declared now, it shall be announced through electronic/print media. All the Departments of Secretariat, Heads of Departments and District Collectors shall take action according to such an announcement and without waiting for formal order about the change of date. 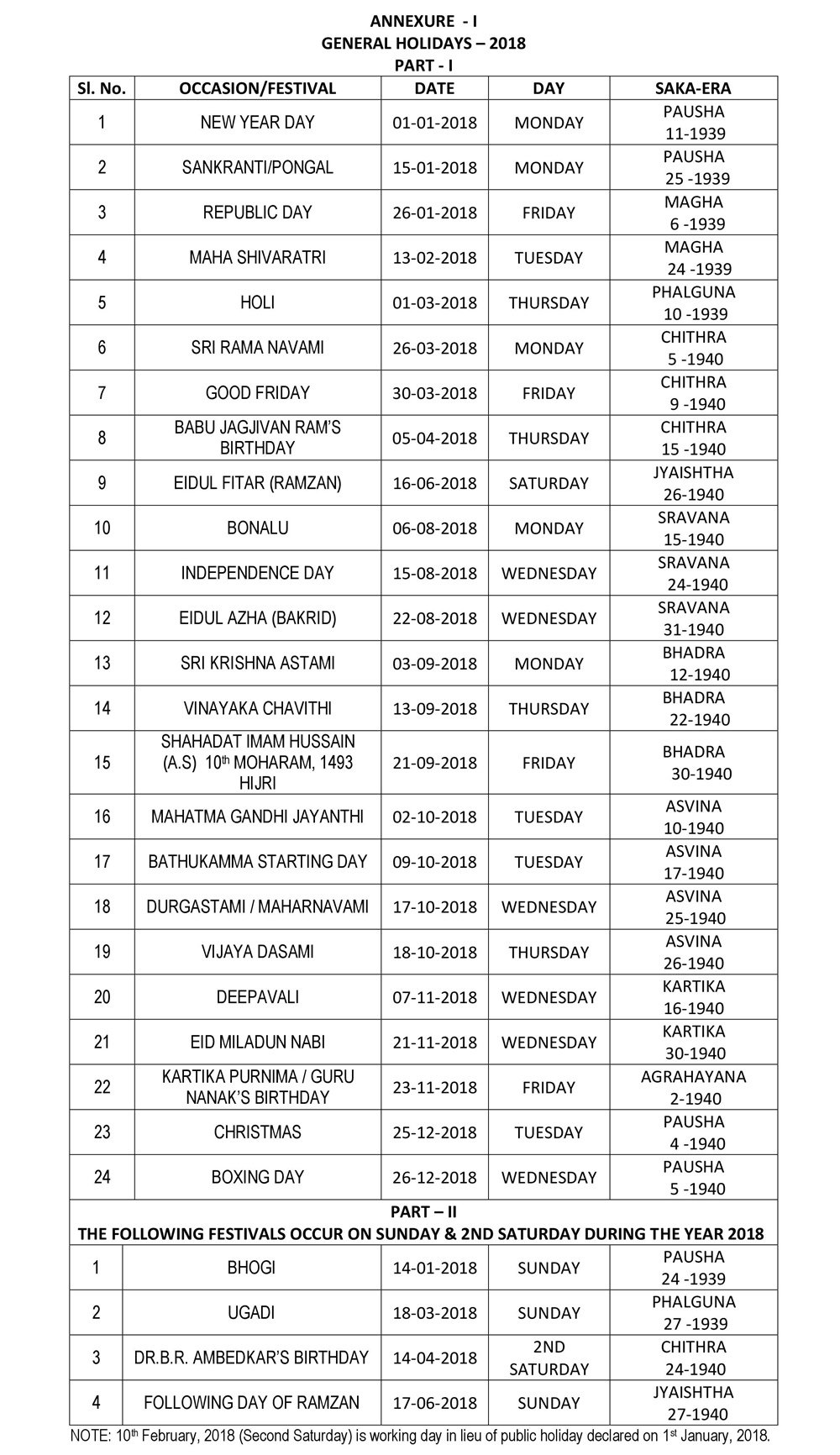 The following festivals occur on Sunday and 2nd Saturday during the year 2018 : 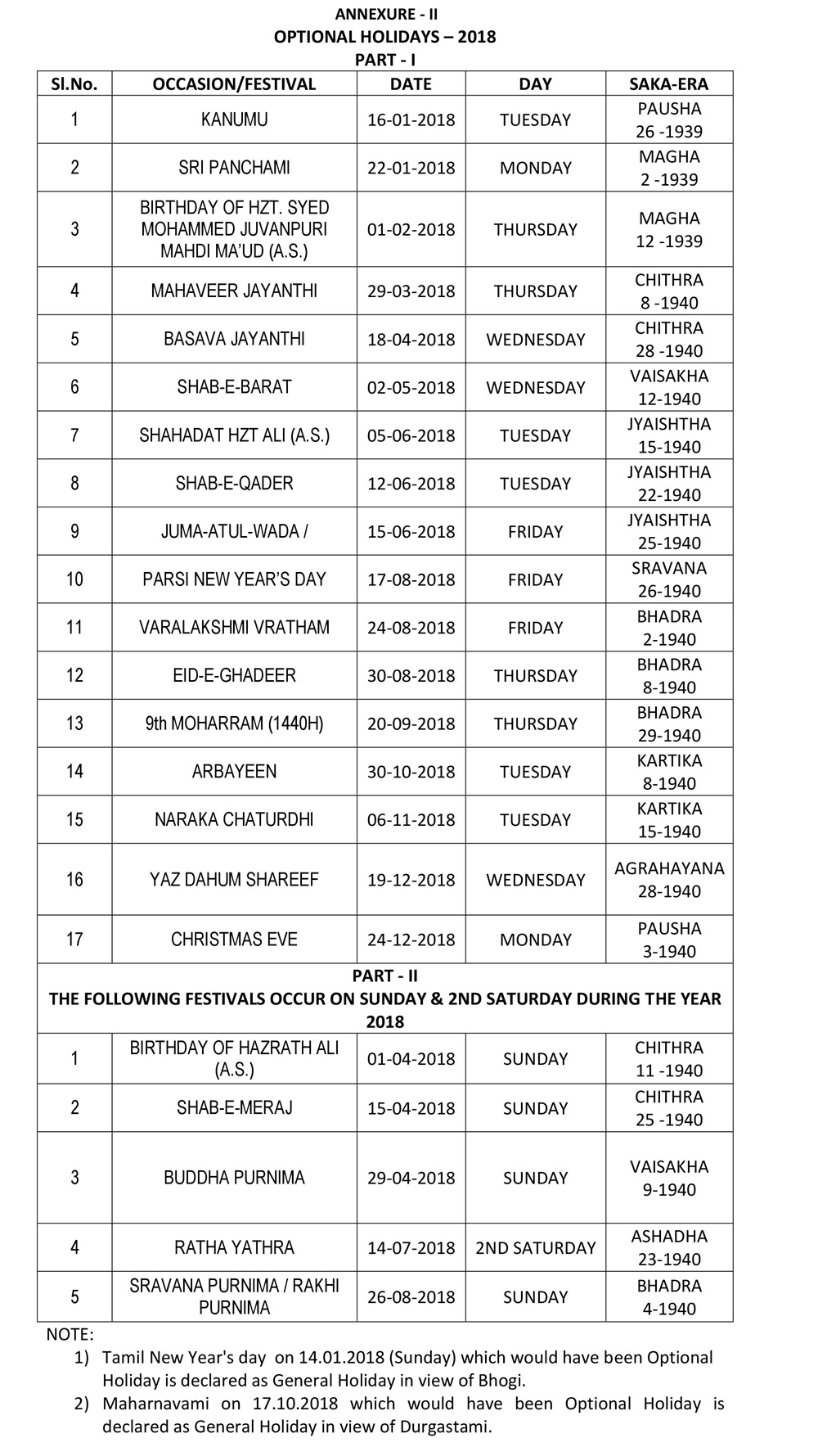 The following festivals occur on Sunday and 2nd Saturday during the year 2020: